← more from
Jealous Butcher Records
Get fresh music recommendations delivered to your inbox every Friday.
We've updated our Terms of Use. You can review the changes here. 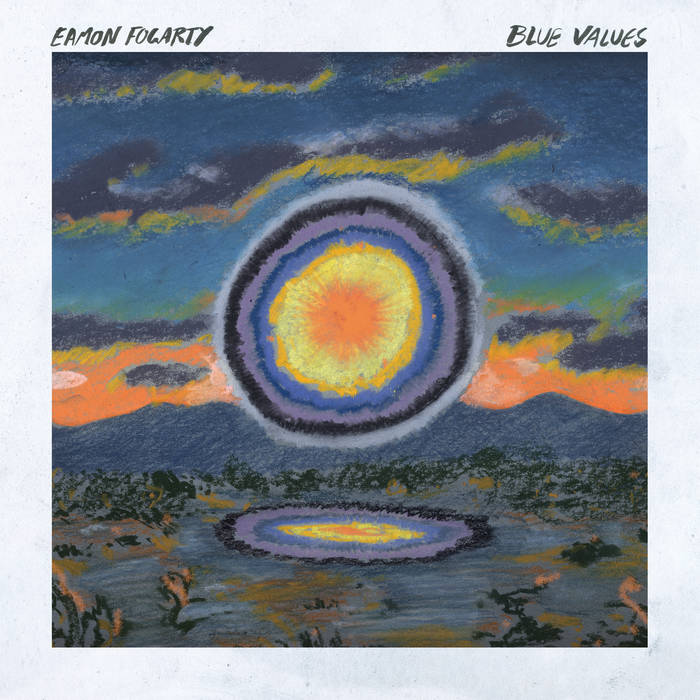 “Eamon Fogarty has no guile. He is as true as a bird singing in the trees. His music, like life itself, contains the beautiful and the grotesque. Some artists demand love from their audience. I don’t know how or why it works but I love Eamon’s music. I feel protective of it. When something that powerful calls out... you should pick up the phone." − Chris Schlarb, Psychic Temple

If someone were to present disturbing news to you in a smooth and dazzling way, you’d expect the effect to be jarring. But that’s not the case with the music of New Hampshire-born composer, lyricist, and singer Eamon Fogarty. As he delivers lyrics imbued with equal parts humor and dread, the rich timbre and sureness of his baritone belie the dark things he’s often singing about.

That tension—between beauty and destruction, humor and dread—is the driving force behind Fogarty’s new album, Blue Values, offering an oddly elegant expression of the way we’re all muddling through such tensions all the time.

Largely recorded in Long Beach, California, in the confusing, bracing days following the 2016 election, Blue Values is alternately serene and frenetic - composed interludes intermingling with improvised band arrangements. Declassified Department of Energy nuclear test films provided one of the album’s guiding images: Fogarty found himself compulsively watching the films, which show the mundanity and logistics that underlie the atomic enterprise, after a trip to the one-time uranium boomtown of Moab, Utah. We know how the scientists behind the first nuclear weapons regarded their creation—think of J. Robert Oppenheimer’s famous invocation of the Bhagavad Gita: “Now I am become death, the destroyer of worlds”—but what about what’s happened since? How can such destruction come to seem quotidian? How long can you rehearse for apocalypse before you forget there might someday be an opening night?

The songs on this album are tinged with such questions about the tenuousness of being human in the 21st century, but they’re also playful and intimate, languorous yet richly orchestrated. The slightly twisted logic of Chad Taylor’s (Chicago Underground Duo, Marc Ribot, Sam Prekop) drumming complements Devon Hoff’s (Nels Cline, Xiu Xiu) bass-playing, which—like Fogarty’s words—swings between metallic ferocity and extreme gentleness. Recalling at moments the expansive jazz-tinged excursions of Tim Buckley, Blue Values was inspired in part by Alice Coltrane’s spiritual jazz approach to group improvisation, while the album’s instrumentation—especially the prominence of clarinet and bass clarinet—bears the influence of Mark Hollis of Talk Talk’s lone solo album. The record closes with a fiery reworking of Chris Bell’s lovelorn cult anthem “I Am The Cosmos.”

The overall effect is of something barely contained, the rhythms of the everyday haunted by the constant threat of explosion. If the apocalypse comes, you’ll want Fogarty’s steady and sincere voice to show you flashes of beauty and guide you through the chaos.

Woodwind arrangements on 2, 5, and 9 by Eamon Fogarty
All other parts were improvised in the studio

Art and Layout by Tom Henry

Eamon Fogarty is a singer, composer, and multi-instrumentalist whose proverbial hat hangs in Austin TX.

Bandcamp Daily  your guide to the world of Bandcamp